Yeah, I don’t really remember how I usually open these things. I guess we’ll just jump right in!

Aladdin! The Arabian folktale made famous by Disney’s 1992 animated movie (and the comic genius, Robin Williams, who voiced the genie). The remake came out last weekend and one of my friends asked me to do an “Evolution of” about the story. So, here you go!

A Thousand and One Nights

The story of Aladdin is something of a myth in its own right. It’s most well-known for being a part of the famous “One Thousand and One Nights”, a collection of Arabian folktales. But the story of Aladdin and the Wonderful Lamp (or the Magic Lamp, depending on which version you read), wasn’t actually part of the original compilation. It wasn’t added until the 18th century, by a Frenchman who heard the tale from a Syrian storyteller.

And as much as I love “One Thousand and One Nights”, that’s a post for another day.

The story of Aladdin goes like this: Our hero is poor and living on the outskirts of a city with his mother. A sorcerer, masquerading as Aladdin’s uncle, convinces Aladdin to help him retrieve a magic lamp. In return, he’ll set Aladdin up as a wealthy merchant.

So Aladdin goes into the cave, is betrayed, and trapped. Luckily, Aladdin had been given a ring by the sorcerer to help him out. He accidentally rubs the ring, unleashing the jinni (or genie) bound to it. The genie in the ring frees Aladdin, who returns to his mother with the lamp. When she tries to clean the lamp, a second genie, even more powerful than the first, appears. This genie is bound to the whim of whoever holds the lamp. That’s right, it’s not just 3 wishes. 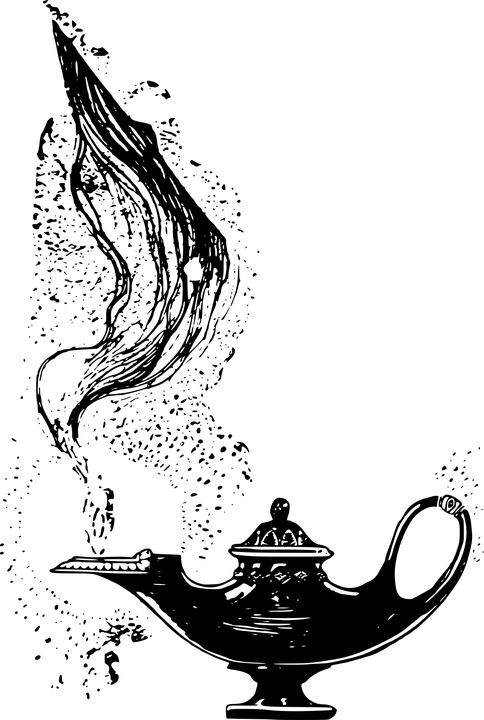 So Aladdin becomes rich and marries a nearby princess, named Badroulbadour. The sorcerer has heard of Aladdin’s success and returns, in disguise, to trick Princess Badroulbadour (I think I’ll just call her Princess B) into giving him the lamp. Once the sorcerer gains control of the lamp, he has the genie give him all of Aladdin’s stuff.

Aladdin and Princess B (with the help of the genie from the ring) manage to take back the lamp and defeat the evil sorcerer. But the story doesn’t end there!

Nope, you see, the sorcerer has a brother. An evil, vengeful brother. The brother arrives and tries to trick Princess B (who seems to be a very trusting person). But the genie of the lamp warns Aladdin, who kills the brother before he can act against them. The day is saved and Aladdin eventually becomes the new sultan.

Obviously, this is different from the Disney story so many of us know and love. But, to be honest, I’d rank this as one of the fairy tales/folk tales that Disney didn’t change too much. They simplified it, yes, and added a lot of character development. But it stays really true to the original, which is something I appreciate.

I’ll be going to see the remake of Disney’s Aladdin this week (or rather, I hope to have seen it by the time this post is published, since I’m writing it and scheduling it ahead of time). So tune in this weekend to see what I thought of it!

What other fairy tales would you like to see me cover here?